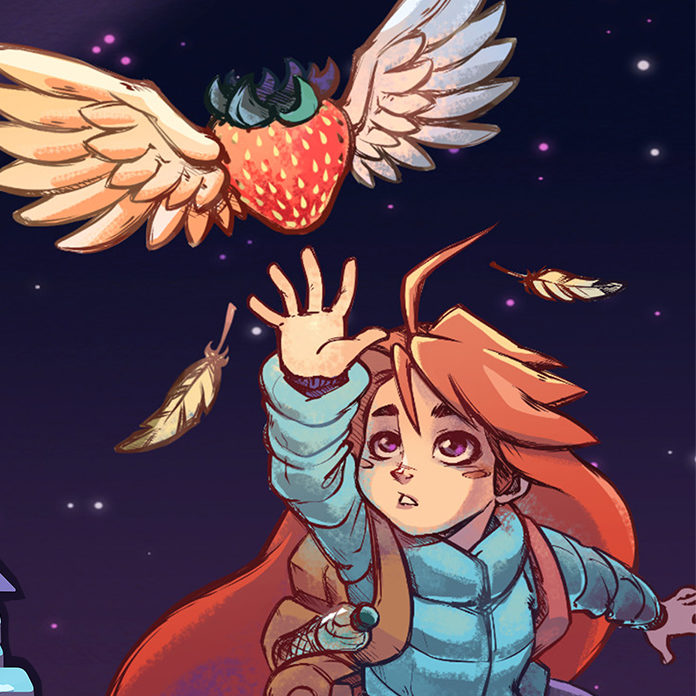 A few months back, I wrote about one of the mental models I use called The Mountain. If you haven’t read it yet, I highly recommend you check it out first! It sets up the following article as an application of that mental model, while the original article sets up the concept and the theory.

After reading my original blog post on The Mountain, my friend Thomas recommended Celeste, a platformer game. Shortly after, my friend Demi let me play it on her Nintendo Switch.

This blog post is going to discuss the application of the mental model of The Mountain based on my personal introspection of my own journey through Celeste.

Celeste was overall one of the most fascinating games I’ve ever played. It begins with Madeline, our protagonist, at the foot of Celeste Mountain, bracing herself as she readies to climb. Right out of the bat, it demonstrated an excellent case of show-not-tell. The user experience for teaching the player how to play is excellent.

As I started to learn the different mechanics of how the game worked, I slowly progressed and learned about the backstory- different characters warning me of the dangers of Celeste, while learning the game mechanics of dashing and the different ways of how Madeline could accidentally die.

To be honest, the first few parts of the game was pretty easy. This is pretty standard. In game design, especially for strategy games, you want your players to be in a state of Flow. This is the state wherein the Challenge posed is just enough such that your players have just enough (or barely enough) Skill to overcome it.

As I learned to play the game and progressing through it, I found myself hooked into the cycle of being in Flow. The game grew increasingly (and non-linearly) difficult, and I was experiencing anxiety from how challenging it was.

In fact, I would go through a cycle that looked something like this:

Have I mentioned that this was a cycle? Because only moments after I feel satisfied, I get thrown back to step 1, telling myself: Alright, I can handle this. This is easy enough.

…Moments after I feel satisfied, I get thrown back to step 1, telling myself: Alright, I can handle this. This is easy enough.

To be honest, what I initially thought was a short gaming session with my friend Demi turned out to be a 9-hour marathon of trying to overcome Celeste Mountain. I was hooked into the game as a crack addict to his crack. I would find myself negotiating to just ‘have one more level’ as I tried to complete Pico-8, a mini game of Celeste (Spoiler alert: In one of the later levels, you find a PC up at the mountain, wherein you can play a PC game of an even more pixelated Celeste climbing a more pixelated mountain with similar gameplay).

To give you an idea of what a horrendously sadistic experience Pico-8 was, it took me roughly 5 hours to complete the whole climb. The video below completes it in two minutes and thirty eight seconds.

All throughout the super-fun journey of playing the game with my friend Demi, we were both pondering the implications of the concept of The Mountain. Something very curious was happening to me, and it definitely was a fascinating incident to reflect on.

I was asking myself a series of questions and talking to myself as I grappled with the game and trying to take control. I was observing myself from a third person perspective as to why I was struggling o walk away from the game.

In the following sections, I explore these questions and reflect on what had occurred:

Determining which mountain to climb

In the original article, I emphasized the importance of determining which mountain to climb.

In relation to this case study, I entered into the game of Celeste without having clearly defined what my “mountain” was.

It wasn’t well defined what my goal was. I simply started the trek and went along my way. By failing to determine which mountain to climb, this means that I could not determinately state that I have arrived.

In The 48 Laws of Power by Robert Greene, this would be failing to uphold the 47th law: Do not go past the mark that you aimed for; in victory, learn when to stop.

Looking back, I realize that it should have only been a short gaming session. Because I didn’t define what exactly my goal was, I found myself tunnel-visioned into just pursuing the next closest progress that I can reach.

Because I did not clarify what my ‘mountain’ was, I fell into the mistake of evaluating my progress based on some externally defined measure. That ‘measure’ was the level progression defined by the game.

By not being clear about what mountain I am climbing (read: I was not clear about what is important to me), I cycled through the different phases of Flow and achieving a sense of progress. The dopamine hits once I got some semblance of progress in the game had me tunnel-visioned into getting to the ‘next level’.

Part of pacing is knowing when to take a break, or when to stop altogether.

It was clear to me while I was playing that I wasn’t competing against professional speed runners trying to clear Celeste. I’ve been careful with that- berating oneself thinking I’m inferior to more experienced, more skilled players.

I knew I was competing against myself, trying to win and overcome the challenges I was facing. The problem was that I failed to recognize the resources I’ve been spending, and determining what the appropriate pace was for myself.

I was definitely celebrating my small victories, as I continued to climb Celeste, but again the problem was the direction. It was super challenging to decide whether or not I should continue playing.

When it comes to excellence, I set a standard for myself to always pursue the strawberries, which were additional trophies in the game which had no impact, but were extra difficult to acquire in the game. I perceived myself to be different from casual players, and so I played competitively in pursuing the strawberries. I just couldn’t let them go.

Eventually, I had to come to terms that I had to let go of a few strawberries, because we were arriving in the wee hours of the morning. But it was a long fought internal debate in deciding to let go of perfection (defined as achieving the strawberries) just to settle with ‘good enough’.

When asking for help becomes difficult

The whole point of writing this blog article is to demonstrate how important the mental model of the Mountain is. Understanding its concept allows you to understand yourself better and to have a clearer picture of your physical, mental, and emotional state. Consistently throughout this article, I’ve repeated how important it is to determine what your mountain is. If you fail at that critical step, the following happens.

It’s my responsibility to temper how much time I play the game and I’m not offloading that responsibility to others. The point is, my vision is clouded and my goals are unspecified. This makes it more difficult for people who care about you to uplift you towards your goal.

Be very careful and vigilant of the people you choose to surround yourself in. Good friends will support you in your goals. True friends will do the same, but they’ll also remind you what those goals are when you forget them.

I hope you enjoyed this article as much as I enjoyed writing it. Isn’t it fascinating how much we can learn from simply studying the parallelisms between climbing a mountain to choosing life goals and playing video games? I see these analogies and patterns throughout the world and I love discussing these kinds of things with people. I see similarities when it comes to building software, running a business, leading a community or a country, and of course, games.

Studying mental models is something I really enjoy because it equips me with more tools for introspection and studying my behaviors and my character. It’s a pleasant surprise whenever I learn something new about myself, and I hope that deep discovery is a pleasant experience you get to regularly enjoy.

What fascinates me about mental models is that they are these abstract ideas that mean something for me, but uniquely means something else for another person with different experiences.

What kinds of analogies were you thinking about when reading this article? Write them below in the comments, or shoot me a message or a tweet.

I would love to learn with you about your stories.