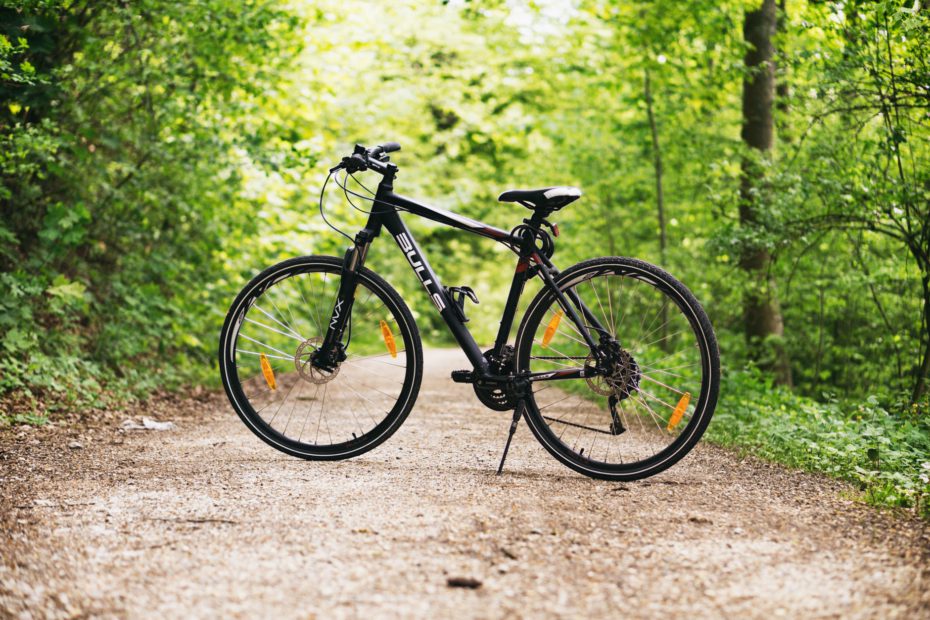 The mental model of the broken bicycle is from a personal story of mine that identifies conditioning that was instilled while one was younger, triggering automatic responses that are fear-based rather than reason.

We begin with a story.

Almost a year into the pandemic, sometime early in 2021, my family and I took the chance to go outside our bubble and observe how life has continued. Although we were all very anxious about being outside, we decided that it would be a good decision to still go even just once, to see how life has progressed for others outside of our bubble.

We went to a nearby open-area near the bay of our city to walk, jog, and exercise while maintaining social distancing. We brought along a bicycle as well.

After watching the crowd of people go about their own exercises and observing the protocols that people had in place, we decided to start riding the bike in one of the open lanes. On my turn to ride the bicycle, I observed the options that I can play with on the bike. There were two controls on the gears (likely the front and the back) which I could toggle using my left and my right fingers near my grip.

This reminded me of my childhood where I first learned how to ride a bike, and when I used to play with my cousins.

As I played around with the gears, the bicycle chain suddenly got dislodged and there was that sudden lack of response from any pedaling that I did. Waves of emotions suddenly poured in:

I immediately stopped and stood up from the bicycle having realized I broke it, and paused to analyze all of the feelings pouring in. The phrases were unnatural; I know how vigilant I am about speaking to myself in this way. What surprised me the most was that they were all very prompt and didn’t lack a beat when the bicycle broke. They simply just gushed in.

I talked about having a healthy mindset briefly in the mental model The Mountain, and this mental model talks about that as well.

As I took control and observed what I felt and where they came from, I realized that it was coming from a childlike innocence that was harshly reprimanded inappropriately. I was literally enjoying myself riding a bike, being curious, and playing with the gears. When I broke the bicycle, this aggressive and reprimanding voice boomed throughout my consciousness.

After realizing how my childlike play was questioned, I let my young adult self speak up:

So I rewired how I framed the situation from:

In that scenario, the ‘time pressure’ to solve the problem before somebody finds out what I did wrong disappeared. In fact, I didn’t even need to feel pressured to fix the bike because the people around me (my family) would naturally understand if I couldn’t fix the bike. We could simply just get somebody else to fix it if I couldn’t.

There really wasn’t any huge problem; only immediate click-whirrs that triggered conditioning that was dormant in my past experiences.

And so I got my hands dirty with the oiled up chain, pulling and aligning the chain until the pedal finally started moving the bike tires correctly.

If you noticed in my story above, my subconscious threw rapid punches as soon as the bicycle broke:

A lot of the concerns raised were external forces that were applying pressure to me:

As you can observe, majority of the triggered emotional pressures come from external pressures, and things that I don’t have control of (people’s opinions on good and bad, society’s conditioning to be embarrassed when making mistakes, an imaginary set of people demanding access to a bike that I broke).

With the proper mindset, we can draw our attention back to what we can control and away from external pressures that often times we do not have control of. We then reinterpret the situation from the inside, our beliefs and actions moving outward, affecting and influencing things incrementally.

Joey from Better Ideas talks about Locus of Control, which is the degree to which people believe that they (as opposed to external forces) have control over the outcome of events in their lives (Wikipedia definition).

I hope you enjoyed this blog post as much as I did in experiencing and writing it.

I think that becoming more thoughtful about what we do have control over (our perspectives and mindsets, our collective power to elect reliable and strong government leaders) and what we do not have control over (nation-level spreading of the virus, supply of vaccines) will lead us to become more effective in managing our resources (energy, attention, patience, courage).

In some of the clubhouse rooms that I’ve attended to (specifically the Sinigang Valley rooms, which talk about building up the tech space in Makati, Poblacion), I shared my personal views on re-framing the great dissatisfaction of the Filipinos as a great untapped potential energy lying in the Filipino people.

We’ve long wanted to have good reliable and accountable leaders, and I think that tech is in a position to build out systems of openness, reliability, and collaboration that can leverage that potential energy into something that effectively transforms movement of masses into an Overwatch on our officials and government projects, or enables our masses to participate in analyzing public government data.

If any of these kinds of conversations interest you, hit me up on Twitter.

2 thoughts on “The broken bicycle”